Talladega: The Day Bill Elliott – And His Brothers – Became “Awesome”

Home/News and Tips/Talladega: The Day Bill Elliott – And His Brothers – Became “Awesome”
Previous Next

Talladega: The Day Bill Elliott – And His Brothers – Became “Awesome”

Article by By Aaron Rosser – http://atlanta.sbnation.com 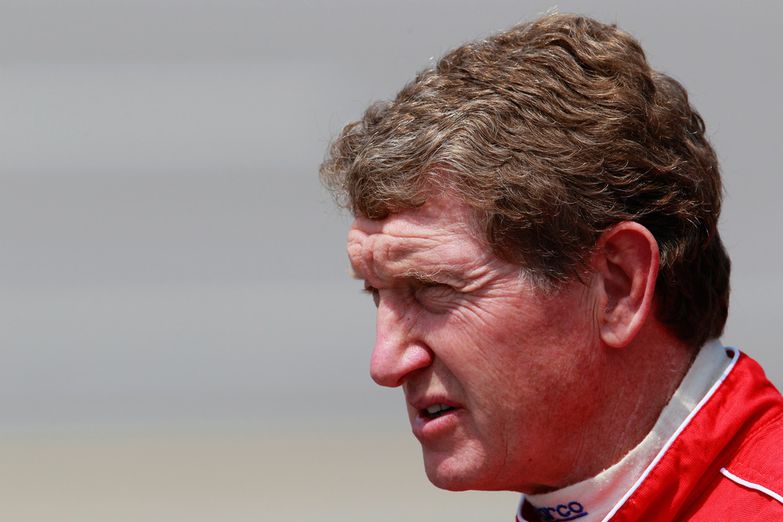 The date was May 5, 1985, the place was Talladega, Alabama, and three of Georgia’s own were turning stock car racing on its head.

Oh, what a sight it must have been to behold. Those who did see it still speak with almost hushed voices, as though – even 27 years later – they still aren’t sure it really took place. They are like Old West plainsmen around the campfire, spinning the tale of at gunfighter taking down six men with four bullets. They saw it with their own eyes and even they don’t believe it. How are we supposed to?

Fortunately for those of us who came afterwards, television and radio coverage of the Winston 500 and NASCAR’s official race results survive to this day. Without it, there’s no way anyone would believe what took place.

The Elliott brothers – Ernie, the engine builder; Dan, who built the transmissions and worked as a tire changer; and Bill, who of course handled the driving – had already shocked the world once in 1985 with their “David vs Goliath” win in the Daytona 500. These three redheaded boys from the mountains of North Georgia had whipped the superstars of the sport on its biggest stage. Two-time defending Daytona 500 champ Cale Yarborough actually blew the engine in his Ford trying to keep up with the red No. 9 Thunderbird.

After that stunning triumph, they’d added two more speedway wins at Atlanta and Darlington, solidifying themselves as a team that liked to go fast.

Talladega was the fastest of them all, though. Bill had won the pole with a lap at 209.398 MPH, shattering the stock car speed record in the process. It took a brave man to run that fast in those days, with a tiny rear spoiler that was laid nearly flat, providing little stability to the race car. Elliott has said that every time he went out to qualify at Daytona or Talladega, he wasn’t sure he was coming back.

Yarborough qualified second, and the new and old speed demons led the field to the green flag. They remained side-by-side through the first two corners, but Terry Labonte jumped under Elliott as they raced onto the backstretch. That allowed Yarborough and Kyle Petty to pull ahead while Bill dropped all the way back to eighth at the completion of one lap.

Four laps later, “Wild Bill from Dawsonville” flexed Ernie’s muscle, making a three-wide pass of his own on Yarborough and Petty to move out front. He led 22 laps, before a free-for-all began at the front. Elliott, Yarborough, Petty, and Dale Earnhardt all traded the lead over the subsequent 22 laps.

Entering the tri-oval on lap 48, Elliott was positioned behind Richard Petty to make a move on Earnhardt for the lead when smoke suddenly poured from underneath the Coors Ford. The team diagnosed and repaired a broken oil fitting, but it took them two laps to do so before they could return to the track.

It is what happened next that has left the racing world shaking its head for nearly three decades.

Bill unleashed his T-Bird’s full strength, consistently turning laps well in excess of 204 MPH. It was an incredible exhibition of man and machine, with Elliott averaging fewer than five miles per hour slower than his qualifying speed and the motor Ernie put under the hood still holding up. By lap 122, without the aid of a caution flag, he had made up both laps. It took just 20 more circuits for him to chase down Yarborough once more. Down the backstretch on the 145th lap, he swept past Yarborough’s orange and white machine to reclaim the top spot.

During Bill’s charge back to the front, mechanical failure knocked out several of the other top stars. Earnhardt, Richard Petty, Tim Richmond, Benny Parsons, and Junior Johnson teammates Darrell Waltrip and Neil Bonnett were among those who went to the garage with mechanical failure after running a pace well off that being set by the No. 9, making the stamina of Ernie’s powerplant that much more impressive.

A crash by Eddie Bierschwale brought Yarborough and Kyle Petty – along with all the other cars laps off the pace – to Elliott’s bumper for a restart with 12 laps to go. Bill was actually pinned behind Bobby Allison – on the tail end of the lead lap – at the restart.

Petty and Yarborough couldn’t make use of their last shot at Elliott. He broke away from the pack before the first lap of the restart was completed and pulled away to score his eighth-career victory.

The Winston 500 was the Elliotts’ fourth win in 1985. They wound up winning 11 races, all on speedways. Three of those victories – the Daytona 500, Winston 500, and the Southern 500 at Darlington in September – netted them R.J. Reynolds’ “Winston Million” bonus and landed them on the cover of Sports Illustrated. Though mechanical problems and all-around emotional burnout plagued the team over the last part of the season, costing them the championship (Waltrip won by 101 points), their performances etched their place in NASCAR lore.

To this day, some folks still attempt to explain away the Elliotts’ dominance as a blatant skirt of the rules that NASCAR turned its back to. After all, it had the world’s fastest Cinderella Story on its hands, why ruin it by throwing the book at them? The most absurd allegation – apparently conceived by Waltrip and Johnson, to which most folks reply “Consider the source” – is that their T-Bird was actually underscale to the same Fords driven by Petty and Yarborough.

The majority of folks, however, seem to take the stance that what took place on that sunny May afternoon in Alabama was, well, just plain “Awesome.”